Highlands and Islands Labour MSP, Rhoda Grant supported campaigners today (02.03.20) in a demonstration outside NHS Highland HQ at Assynt House in Inverness in a bid to save a local charity, Sight Action.

Mrs Grant has also tabled a motion for debate within the Scottish Parliament on Sight Action and has asked NHS Highland’s Chief Executive, Paul Hawking for a meeting to discuss this issue.

Mrs Grant says: “Sight Action provides incredible support to those who are blind or visually impaired. They provide equipment, aids, emotional support and home visits so that blind and visually impaired people can live as independently as possible.

“People are telling me today, that they are demonstrating, not for themselves, but for the people who will be told in the future, that they are blind or visually impaired, as it’s a very isolating time and Sight Action provides that support and hope needed to go through that change.”

Mrs Grant continued: “I think that NHS Highland needs to seriously consider what the future framework of services for the blind and visually impaired will look like because currently there is no one else at the standard of Sight Action.”

It was indicated to Mrs Grant at the end of last year that Sight Action’s valuable services to almost 3,000 blind or visually impaired adults and children will no longer continue past the 31st March 2020 as NHS Highland are unable to uplift funding – even though Sight Action have had no uplift in funding for the past twelve years compounded by a 10% cut in funding in 2010-11. This is despite the number of users increasing in this period. 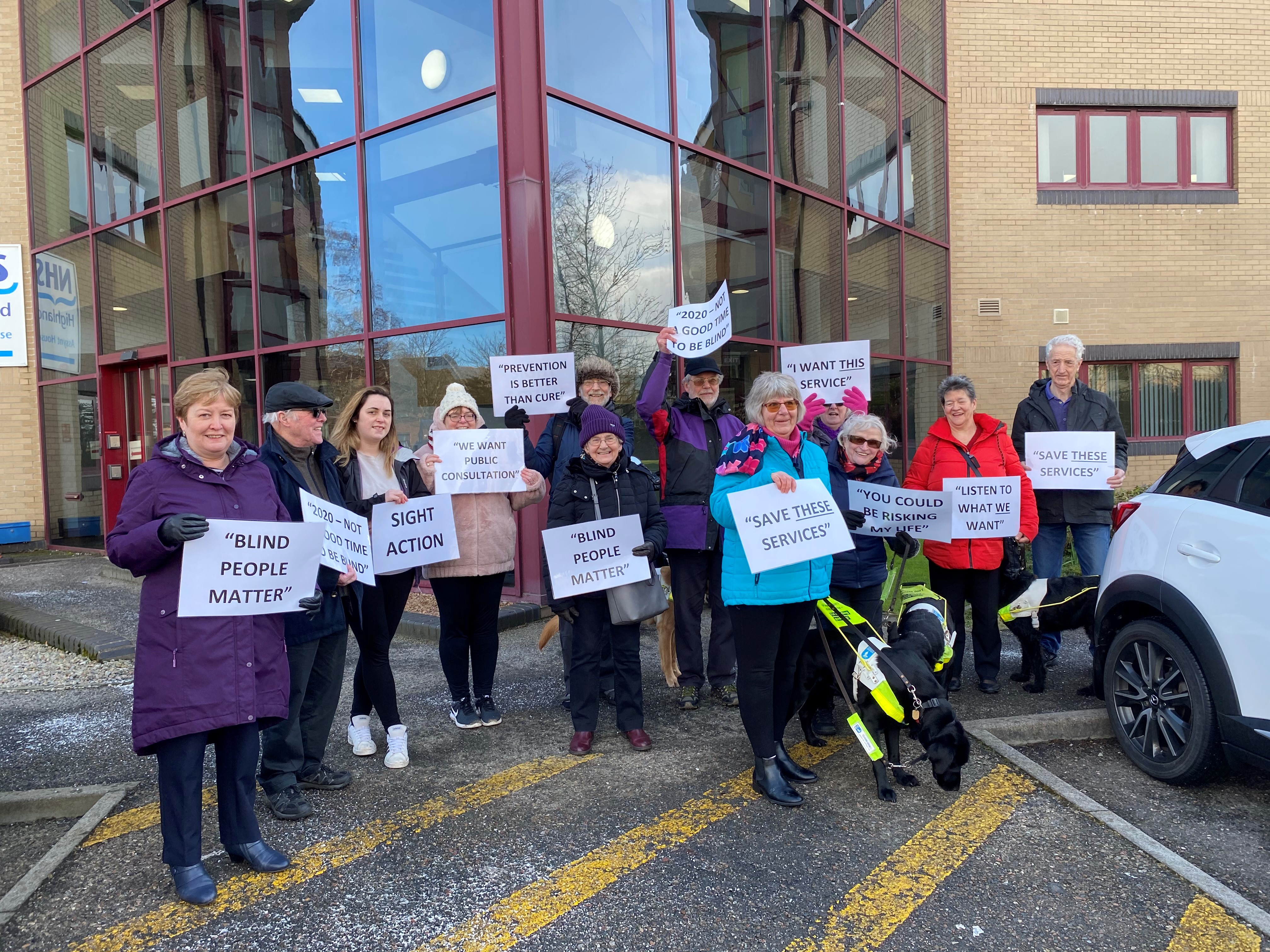 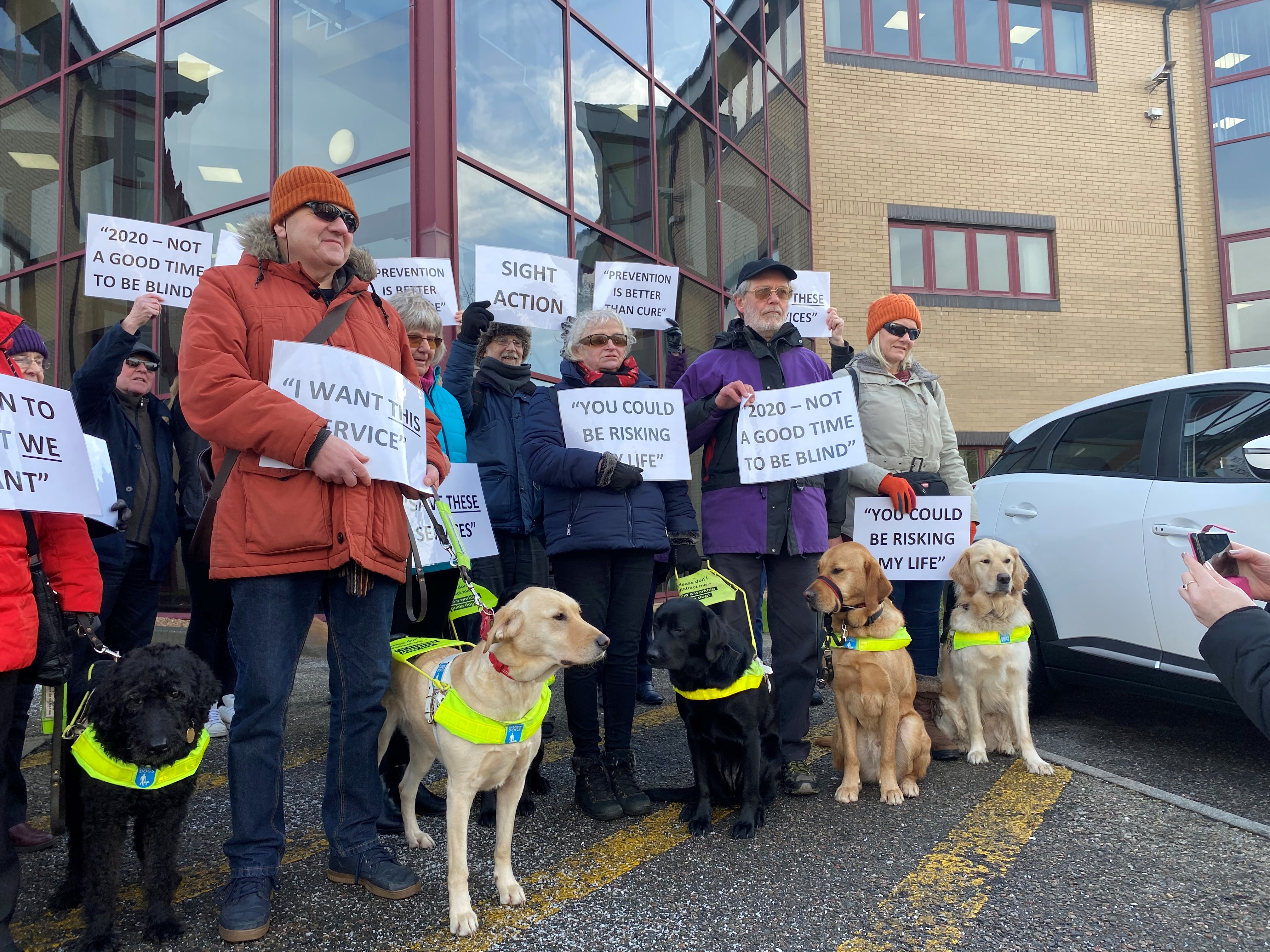