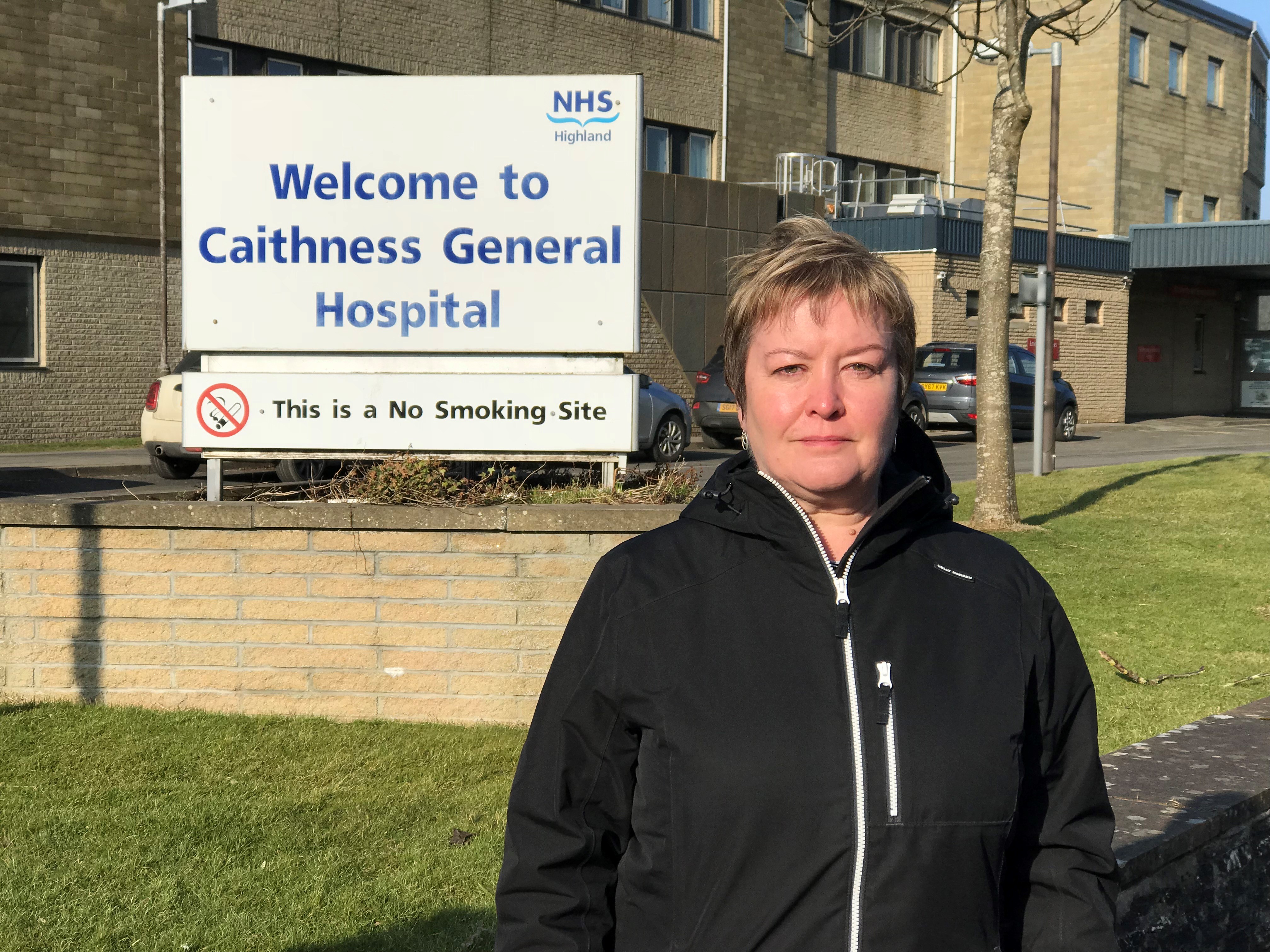 “It is a huge disappointment that the service at Dr Gray’s has not been reinstated, and we need to see more tangible action now,” she said.

“I pay tribute to the Keep MUM group, which has led the campaign to restore the service. I wish the group well and offer my support to its campaign until we get the services reinstated at Dr Gray’s.”

She said the Scottish Government must carry the responsibility for the situation.

“It has failed to train sufficient staff to enable women to give birth closer to home. It needs to turn the situation around and ensure that medics are trained—and, more important, trained in a rural setting,” she said.

Mrs Grant also mentioned the same service was no longer available at Caithness General. She has campaigned for many years to highlight and resolve the concerns of the community and pregnant women, many of whom are faced with a 200-mile round trip to Raigmore Hospital in Inverness.

“The birth of a child should be a joyous occasion, with the mother surrounded by her partner and family,” she told MSPs.

“It is not an illness; it is a life event that requires to be cherished. That is why giving birth in the setting that the mother desires, with access to family, is crucial.

“We all know that things can go wrong and that intervention can be required to save both mother and child. Having obstetricians and paediatricians on hand to intervene at short notice gives confidence to parents and to midwives.

“That should be the case in Dr Gray’s hospital in Elgin. Indeed, it was the case until staffing shortages forced what was supposed to be a temporary change. Unfortunately, three years later, the change appears to be permanent.”

She added: “The service is no longer available at the Caithness general either, and there appears to be no will on the part of NHS Highland to look again at the matter.

“The issue is the lack of paediatricians. When the situation in Caithness was assessed, it was suggested that obstetric support alone might lead to a delay in transfer in an emergency, which would mean that a baby who was born in difficult circumstances would not have paediatric support.

“The lack of both sets of professionals is forcing women in labour who get into difficulty to be transferred by ambulance while they are in labour.

“Many women in that situation have given birth in even more dangerous circumstances. The case of the twins who were born in two different counties illustrates that; only the quick thinking and dedication of staff saved the day.

Mrs Grant added: “In the interim, the Government needs to consider how to get specialists to the mother and baby, rather than expecting a mother in labour to travel to services. It needs to enable ScotSTAR—the Scottish specialist transport and retrieval service, which provides emergency stabilisation and retrieval—to consider how it can extend the service to obstetric and associated paediatric support.”

That the Parliament understands with concern that, following a decision in July 2018 to downgrade the consultant-led maternity unit at Dr Gray’s in Elgin, many local expectant mums have to travel out of Moray to give birth; praises the efforts of midwives and all the staff who provide an outstanding service for those who can give birth there, but believes that too many women are made to travel outwith Moray to give birth; understands that the Scottish Government has commissioned an independent review of maternity services at Dr Gray’s to consider how best to restore the consultant-led service; commends the Keep MUM group and the local campaigners who are fighting hard to have the service restored; understands that the community was originally told that the downgrade would be temporary for up to a year, but notes that, almost three years on, the service has still not been restored, and notes the calls on the Scottish Government and NHS Grampian to urgently seek a resolution to this issue and to provide families in Moray with the locally-based maternity services that they deserve.