When the Chair of the Party, Anneliese Dodds MP, visited Inverness recently, Mrs Grant and Councillor Gray, took the opportunity to flag the issue up to her.

Mrs Grant has previously written to Michael Gove in the UK Government expressing her disappointment that the councils in the Highlands and Islands region have been placed in levels 2 and 3 of the fund despite the recognition from the EU in the past that the region has specific challenges in terms of geographical scale and sparcity of population. The Levelling Up fund will not amount to the same as the financial support given by the EU in the past.

Anneliese Dodds said ““Again and again we’re seeing that the UK Government has nothing to offer the different parts of our country beyond press releases and empty rhetoric.

“Rather than targeting support to where it is most needed, they’re pitting region against region and town against town to bid for pots of cash from Westminster. And the SNP are taking a similar centralising approach in Holyrood.

“We need a proper plan that will make sure everyone in the country, from the Highlands and Islands to Land’s End, have opportunities on their doorstep and that no-one feels they have to get out of their local area to get on.”

Rhoda Grant said “Rural poverty and depravation do not show up easily in the indicators used by both the Scottish and UK Government, which is largely postcode based. In rural areas the poor live side by side with the very rich and therefore the real disadvantage faced in these communities is hidden.

“In the Highlands and Islands many of these issues are also masked because of the success of some parts of Inverness compared with the rest of the area. Often our young people are forced to leave to seek employment and housing and many areas are extremely fragile because of this.”

Councillor Gray said “It was really refreshing to meet up with a UK politician with a firm grasp of all the challenges facing the Highlands of Scotland and with some really clear ideas of what is needed to try and deal with these issues.

“Anneliese is all too aware of the dangers of centralisation within Scotland and the accompanying risks to the economy and the quality of life of people in the Highlands and Islands. She is also very clear of the responsibilities of the UK Government, particularly considering all the rhetoric about the net benefit for every part of the UK from leaving the EU, much of that hype now looks really so much like empty talk.”

Mrs Grant also cited the Scottish Government’s centralisation agenda as a key factor in these trends. She said “We heard recently that the Scottish Government has vowed to return to Labour policy of dispersing public service jobs throughout the country and yet in Highlands and Islands they are railroading HIAL into centralising Air Traffic Control jobs in Inverness, taking them away from our rural areas, at the same time.

“Put all these factors into the melting pot and it’s painting a pretty grim picture for the economy and infrastructure in the north” continued Rhoda Grant “but Labour will work to have this decision overturned.” 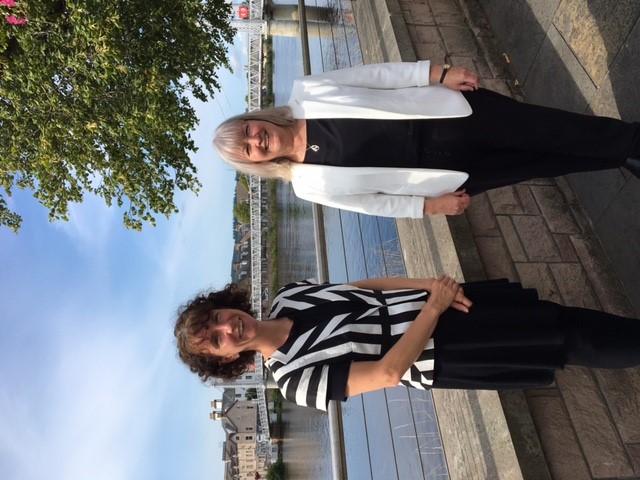