The SNP Government has hammered Highlands and Islands councils with cuts to their budgets, putting lifeline services at risk.

New figures from the independent Scottish Parliament Information Centre (Spice) show that between 2013-14 and 2018-19, local authorities’ budgets were cut per person in real terms.

Across Scotland, council budgets were slashed by £810million in real terms during the period.

Scottish Labour says the cuts have put lifeline services at risk and show the SNP has not only failed to stand up to Tory austerity, it has turbo-charged it on councils

“The SNP has hammered Highland Council with year after year of cuts. These cuts have put lifeline services like schools and social care at risk.

“More than £800million has been stripped from councils in real terms in recent years.

“Instead of using Scotland’s powers to stand up to the Tories, the SNP government has used Holyrood as a conveyer belt for cuts.

“And we know these cuts have been made amid the government sitting on almost half a billion pounds of unspent cash.

“It’s time for Finance Secretary Derek Mackay to listen to Scottish Labour and use this money to properly fund local services. 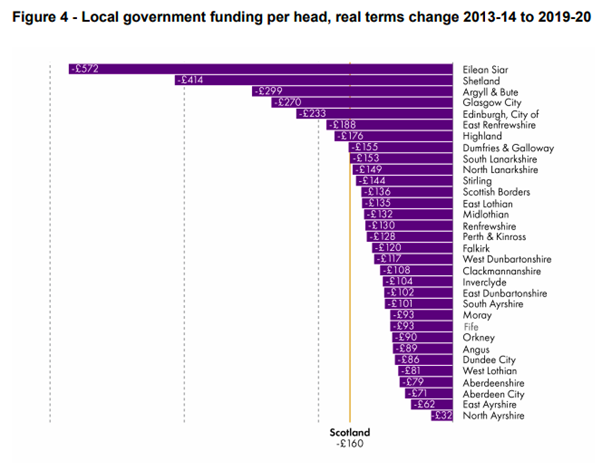