The MSP has submitted her opposition because she has concerns about traveller safety and the future of jobs in the sector in the Highlands. Specifically, she raises concerns on connectivity, staff wellbeing, women’s safety and disadvantaging the disabled and elderly.

Scotrail have previously indicated to Mrs Grant that they would not make anyone redundant and that they wish to distribute more staff on the platform. However, the MSP wants guarantees that they will replace staff, at the same station with the same number of hours, should a staff member choose to leave.

In her submission she says: “In my constituency there are nine stations affected by these proposals of varying amounts. This results in an overall significant reduction in hours that these ticket offices are open.

“I would like to see guarantees that where staff leave, they will be replaced at that Station with staff working the same amount of hours. I fear that this is in reality, a cash saving exercise.

“In Wick, for example, the proposed changes would result in the office being closed on Saturdays. That singularly is a loss of 7 hours and 4 minutes in one day.

“Should a staff member be on a platform they would be exposed to the extreme weather and potentially to anti-social behaviour with very little support.”

Additionally, the MSP has suggested, should these plans go ahead,  that the Kyle of Lochalsh  station have “booking assistance” like Scotrail have proposed for Aviemore and Kingussie train stations. It is understood that “booking assistance” is when staff are available longer than advertised to help travellers should the station be busier than predicted.

Mrs Grant has suggested this idea as Scotrail have rightfully used 2019 data to create these proposals as 2020 and 2021 data are not representative of footfall or travelling habits (due to the pandemic). Since that time, Kyle of Lochalsh train station has gained further popularity with visitors and tourists.

Rhoda Grant said: “I believe that Scotrail are pulling the wool over our eyes with these proposals and that it is in fact a cash saving exercise which will lead to further job losses and further closures.

“I appreciate that buying habits have changed and that Scotrail have to modernise with these changes but in a time where we are seeing tickets prices go through the roof paired with the lowest traveller satisfaction, I don’t trust Scotrail to follow through with their promises.

“That is why I’m wanting guarantees that should a staff member leave their post, that they are replaced at the same station and with the same amount of hours.”

Scotrail were in public consultation to change the opening hours of 120 stations and to close three stations across Scotland. The stations with proposed changes in the Highlands and Islands constituency are: Aviemore, Dingwall, Elgin, Forres, Keith, Kingussie, Kyle of Lochalsh, Nairn and Wick. 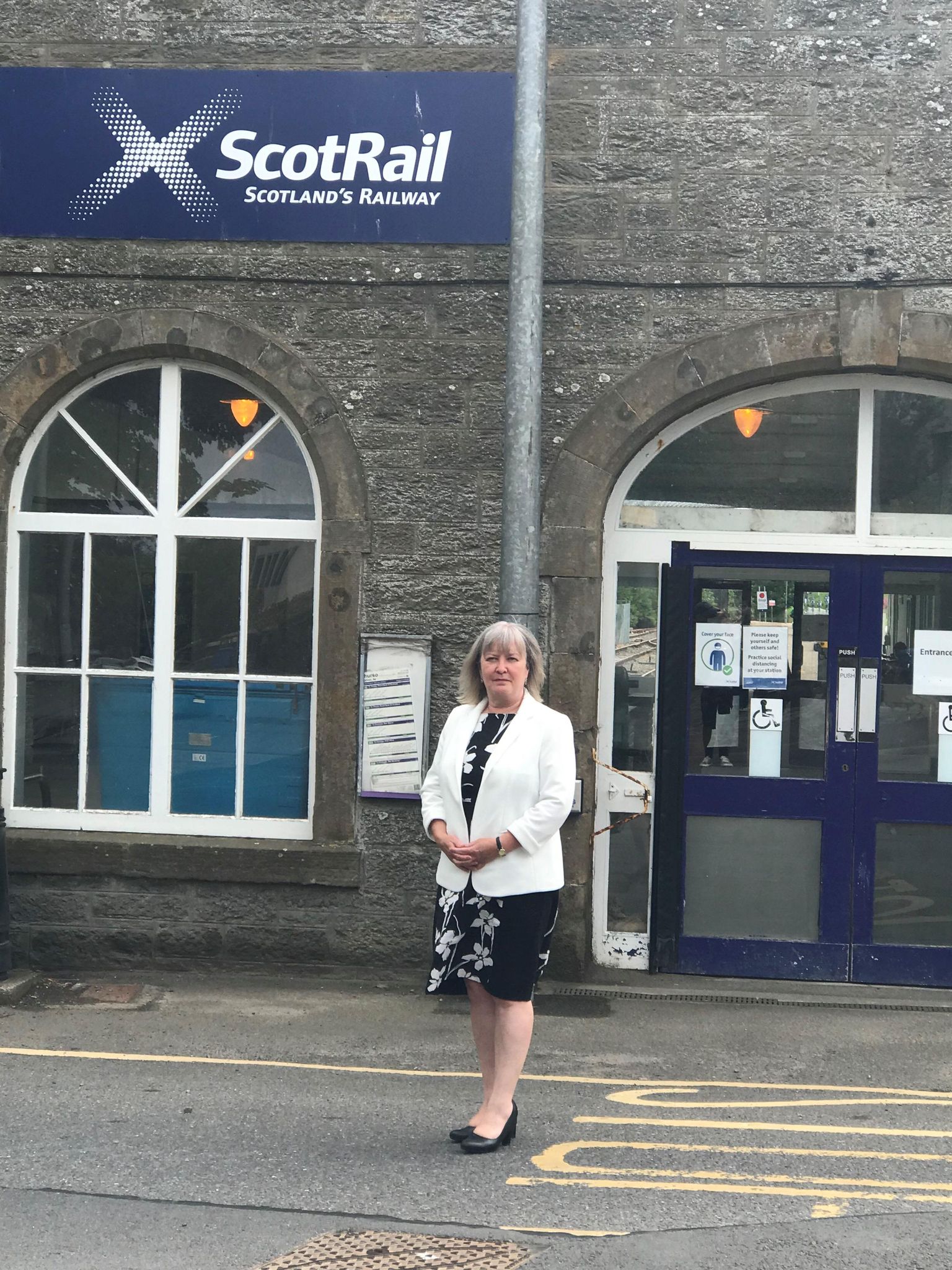