Highlands and Islands Labour MSP Rhoda Grant today quizzed the Scottish Government on how they are going to tackle off-market sales of Scottish land to “Green Lairds”.

Today, at Topical Questions in the Scottish Parliament chamber, the MSP asked the Minister for Environment and Land Reform, Màiri McAllan on what steps the Scottish Government are taking to protect communities from off-market land sales by so called “Green Lairds”.

This is after reports that over 11,000 acres of Cambusmore Estate in Dornoch is for sale after it sold off-market earlier this year.

The MSP highlighted that these types of off-market sales are increasing and they stop communities from purchasing local land. These “Green Lairds” also buy land and evict farmers to profit from carbon credits which adversely affects food production and food resilience in Scotland.

She then went on to ask that the Scottish Government end public subsidies to landowners who do not live on the land and pay their taxes in the UK.

The Minister answered Mrs Grant’s questions by highlighting the MSPs long standing interest in the issue and advising that in the Parliament’s last term, Scottish Government implemented the 2016 Land Reform Act and they set up the Scottish Land Commission. In this term the Scottish Government plan to introduce a Land Reform Bill which they will consult in the summer where questions will be asked on the uses of public money and the recipients thereof.

Speaking after Topical Questions Rhoda Grant MSP said: “While the Scottish Government drag their feet in tackling this issue, the amount of land held by a small group of billionaires continues to increase. This is an urgent issue that needs urgent action.

“Community ownership is, in my opinion, the best pattern of ownership for rural Scotland. Land is an economic asset, and when locally owned it has the potential to benefit both the local community and fight the climate emergency.”

Rhoda Grant MSP held a debate on this issue in September 2021 and has been calling for greater land reform and regulation by the Scottish Government for many years.

The term “Green Laird” refers to private purchasers and businesses buying land due to the climate emergency and to offset their carbon emissions elsewhere.  They are then able to claim Government grants and access beneficial tax arrangements, which in turn inflates land values. This disadvantages local communities as they are priced out of purchasing local land. 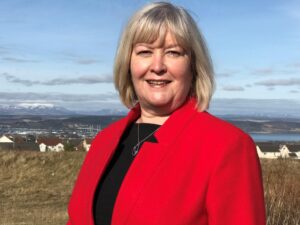